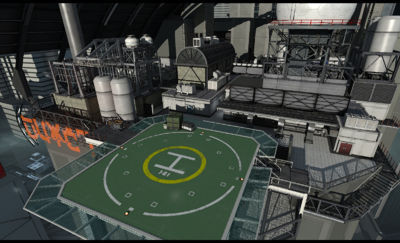 Vertigo is a map set on rooftops in urban environment. The map features close, tight corridors and corners make for close combat opportunities, but there are also wide, open sections where enemies may act as easy sniping targets. It features many areas with direct access to the sky, perfect for Airstrike attacks and calling in Hardsuits. The area of the highest level of combat is the central graveled area which focuses around close quarter combat, with snipers being able to provide support from the helipad. The other areas of moderate combat include across the bridge, and between the rooftop and the far end of the lower portion of the map. During Domination Rounds the Mission Nodes are Located at the area in-front and below the helipad, the undercover area the room above the bottom-left depot and the room above the bottom-right depots.

As of 11th Sept 2012, the modes, Deathmatch, Team Deathmatch, Domination, King of the Hill, Capture the Flag and Kill Confirmed are available.

Vertigo also has a few secret areas, which allows a tactical advantage over enemies by surrounding them. When you play in this map, always observe your environment. You might find special areas and/or secret paths. 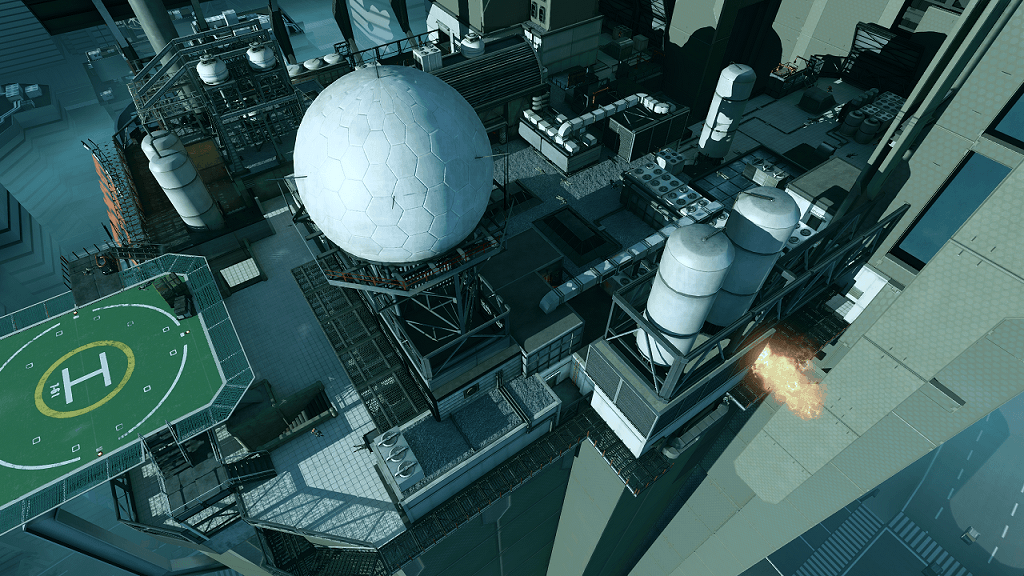