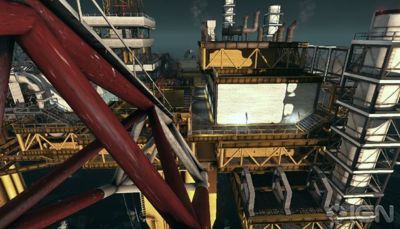 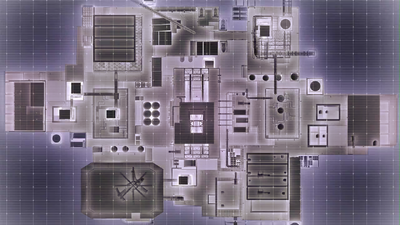 Offshore is a map set on an oil rig in the middle of an ocean. It was originally an exclusive map for NetWar, but since the 0.971 patch, it can now be played on most game modes.

The design is symmetrical with four main "rooms" on each corner of the map and a middle housing featuring many levels of walkways that allow sniping spots covering many outdoor areas for anyone who can take hold of it. The outside also have a variety of elevations and many entry points, allowing for many tactical decisions.

In NetWar, there are 4 capture points on each corner of the map. There is a single flag at the center of the map, housed in a multi-layered complex of catwalks. Alpha and Bravo initial spawn areas are in restrooms, which conveniently lead directly to the nearest capture point. It is recommended that teams capture the first point as soon as possible, so that another player may head for the flag and return it with ease.

The map contains many tight corners and large, open areas around the outskirts of the map. Many mid to long range firefights will occur. But close quarter weapons like Sub Machine Guns will be required to take control of buildings at the corners.

- Taking control of the middle building is a good idea. Bear in mind, however, that you cannot resupply if you need an ammo or health refill. Don't hesitate to retreat or make sure that your team takes control at least one half of the map. 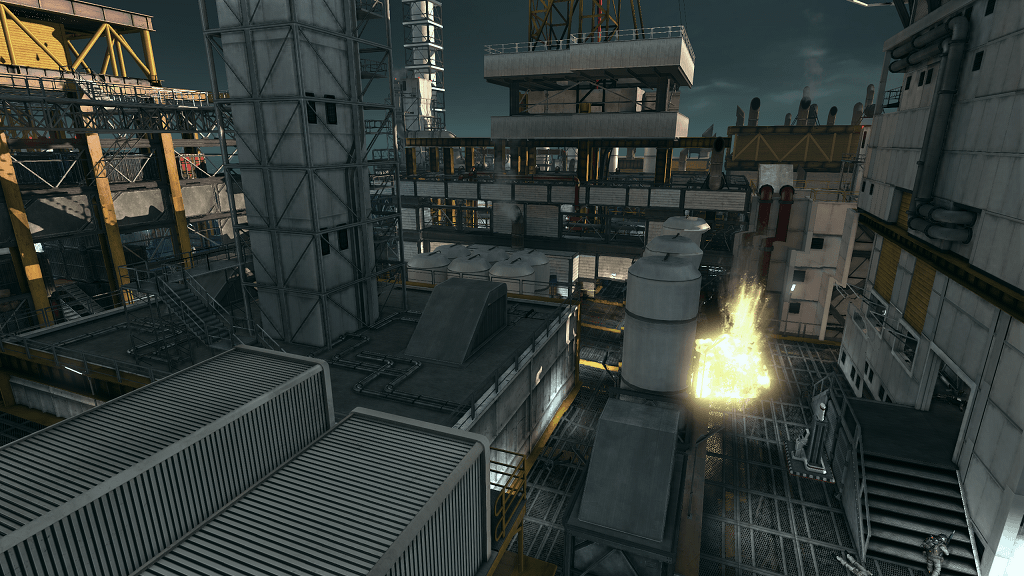