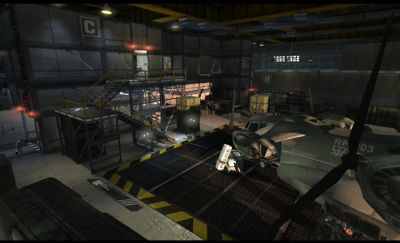 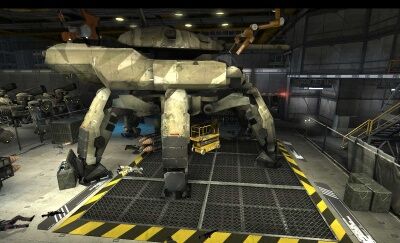 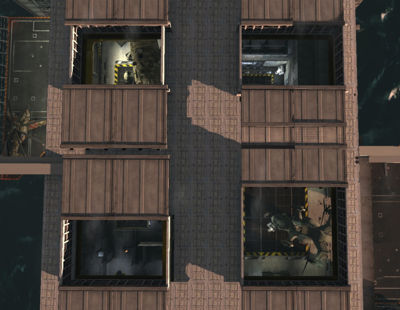 Helodeck is a small map, set in a military facility that seems to house training areas as well as armored vehicles and gear. It features many tight corridors and few open areas for mid-range combat. Airspace is mostly blocked, leaving only a few areas for deploying Airdrops and Airstrikes.

The map seems to be based loosely off the "training facility" used for the in game tutorial, however it is very different in many aspects. Many models and objects are used in both these maps, and they both have an area within them that is filled with holo-targets.

This map is where SMGs, assault rifles and other high fire rate weapons dominate. Bolt-Action Rifles, Anti-Material Rifles and other weapons customized to snipe are not recommended, because Helodeck is the smallest map. The hallways are very narrow and explosives are a major threat. Use HRV to scan before moving in. 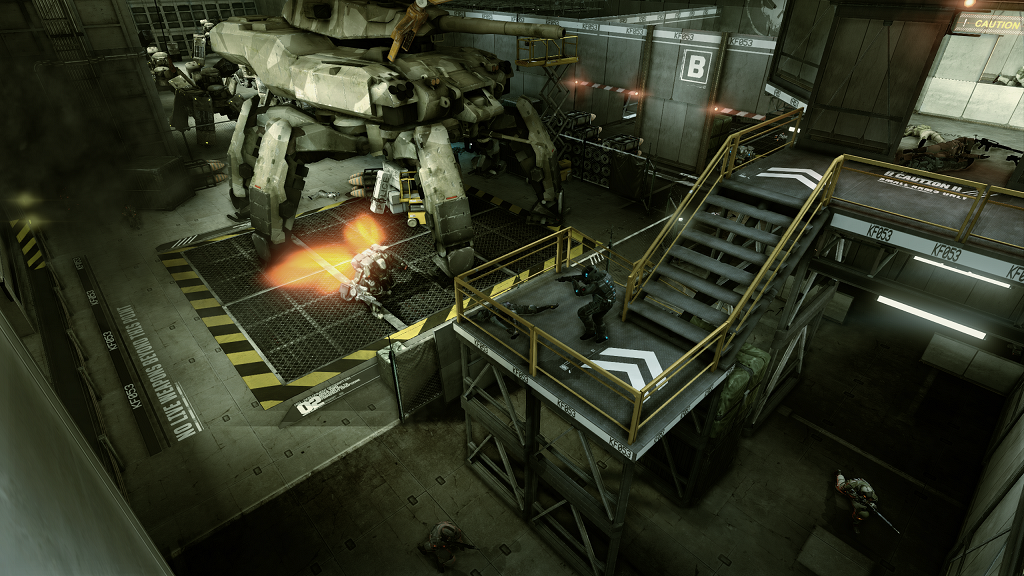