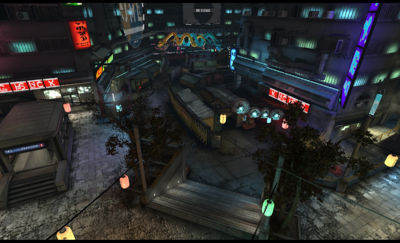 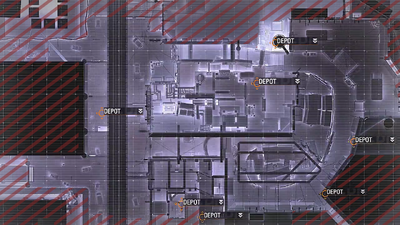 Deadlock is a map set in the metropolitan sector of a city. On one side is a wide road under a highway with cover between support beams leading to long-range firefights. Three interconnected main-routes lead into a crowded area between market-booths that are predestined for close-quarter combat. At the other end of the map is a rise that allows the surveying of the market area. The map is mid-sized and has covered areas as well as clear air-space areas allowing Airdrops and Airstrikes. Due to the nooks and crannies of the map maneuvering from one end to the other of the map with a Hardsuit can become difficult, especially since only certain access routes are unobstructed. 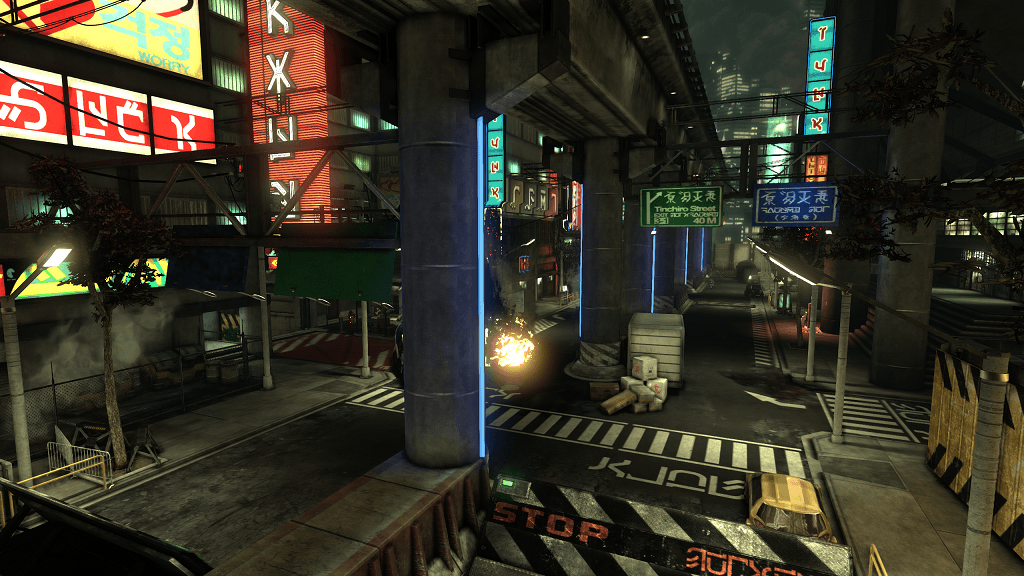